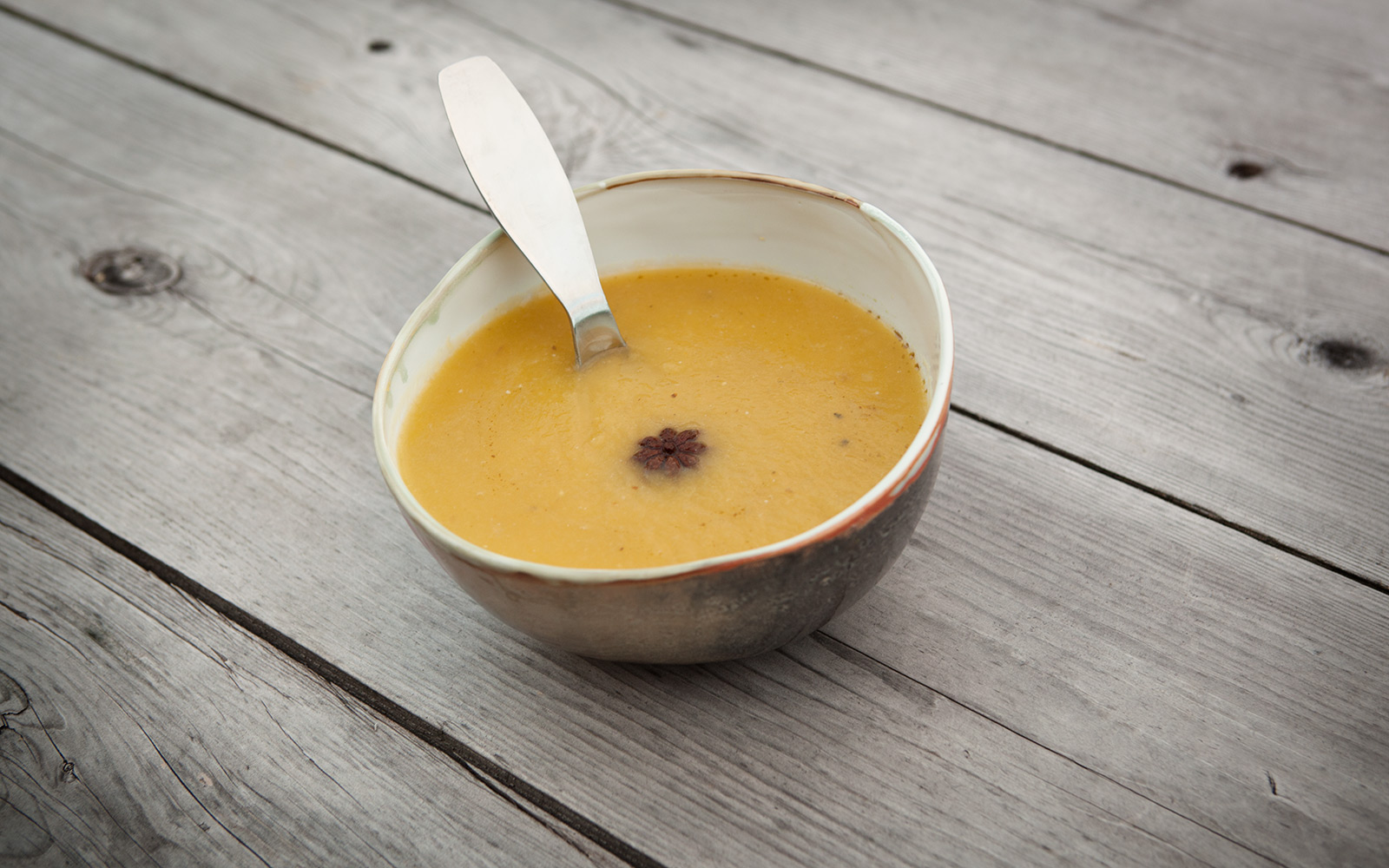 Fall is one of my favorite food times.

This is when the winter squashes are ready and their sweetness is just so nice after the acid foods of the later summer. The nightshade vegetables (tomato, white potato, peppers, eggplant) are the late summer foods and they are acidic. This pumpkin soup is not what you would normally expect of a pumpkin soup. It is not sweet and even if it is rich in taste and nourishment it is not heavy.

Bring everything to a boil in a large stew pot. Simmer for 30 min. and the put it in a blender to blend.

Remove the star of anise and cinnamon stick before putting it in a blender.

Pour it back in the stew pot, add the star of anise and cinnamon stick back in – and then start playing with adding spices and seasoning to get it to just where you want it.

Share soup and enjoy. Bowls are from Clay by DF 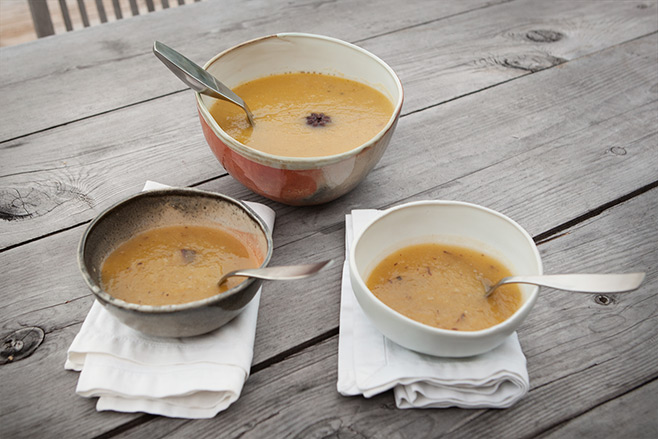 < Mindfully ever after
2021 is about our wellbeing >